Rita: Oh, I’m not even going there!

Today is the day I stopped punishing myself for not being The Perfect Playwright That Could. Because I had this idea that writing since age 7 should have made me a pro at what I’m doing now, right off the bat. #seemslegit

But now that I’ve let that go…. I’m an imperfect, existing, real-life Playwright That Can Give Her Best And More. And that’s a much nicer thing to be!

Now back at my computer, for more of the good stuff! My arms are like cooked noodles and I feel full of #swimmingwisdom (like that feeling when you stop fighting the water, and it carries you. That’s how I feel).

So yeah, today is the day! And I’m free to love my life again.

So I have a story to tell.

The story of today – sinking comfortably in anime-watching, despite any number of tasks – is not a real story.

The real story took place when I was about… fourteen? maybe fifteen.

I and my brother were attending ballroom dance classes. We both loved to dance (still do). He was doing better – not only he was more physically fit, but also he had a great partner (she turned out to be borderline abusive, but that’s another story and not mine to tell). My partner left me (girls were majority in class), and I would attend alone; my feminist temperament and awkward bearing didn’t make ballroom dancing an easy environment, but I still enjoyed it.

Here I should mention that as siblings, we had roles that we fulfilled in the household: I was the bookish one, he was the physical one. The roles hurt us both: it turned out that we both were interested in dancing and books. But at the time, we didn’t know that yet.

Summer came. My brother was offered an opportunity to do advanced classes – participate in tournaments. There was also a dance camp. As a family we weren’t well off, and I suggested to my mum that she send my brother alone.

At the time, it seemed to me like a logical, rational and adult decision. I knew we didn’t have a lot of money. My mum tended to have us both do the same things – curse of sibling jealousy/rivalry, plus both of us enjoying the same things. After some fast talking, she agreed.

The point of that story is that I had desperately wanted to attend the dance camp. I had wanted the 8 hour training sessions, special shoes, sweat and sore feet. I had wanted to belong in this colourful group of people who were serious about this, who were putting in the effort. I’d wanted to have a class longer than an hour, which never felt quite enough.

But I’d judged myself and found myself wanting. I’d felt I wasn’t good enough; fit enough; slim enough; I didn’t have a partner; it was ludicrous.

The only ludicrous thing was how seriously I treated that camp, and how harshly I put myself down.

I still remember that story. An epilogue – we went to visit my brother at the camp. My mum saw my pain and offered to sign me up there and then. And I felt – betrayed. At that point, I believed that we didn’t have enough money, so the money suddenly being found felt like I’d been cheated. I forgot – erased – my own role in orchestrating this course of events, my very successful pitch, bitter self-sacrifice.

As they say, if they hit you long enough, at some point you start hitting yourself.

So I still remember that story – the very first time I gave up on myself and decided I was Wrong, all over. And I’m writing it down, because I want to reverse it. Because now I know better. Because I missed that camp, but I don’t want to miss that life. Because at 28, I still want to dance, even if at 14-15 I didn’t get to.

And I’ll keep writing it. Because it’s way easier to say it to others than to myself. My mentor is in his fifties. I look at him and think: awesome. I’m 28, and somehow it’s too late. Can we say #cognitivedissonance?

On certain topics – we all have it. So let’s look at our thoughts. That’s where the change begins.

Sending love to you all.

Today is the day. The deadline has arrived.

That may well explain why I’m sitting with a flurry of notes, a new document open on page 5 (five! I’m using a format that reads 90 seconds a page, so ideal document length here is 35-40 for a 1 hour play). I am panicking. I am scared. I am…

I am an author.

My significant other, locked in his own room, with his own play, said today “I worry I might not finish on time. But it’s such a nice problem to have”. He is right. Writing a play is a necessity (we’re artists!) and a luxury (we can afford to do it). It is, by rights, a pleasure.

That doesn’t explain why I’m writing a blogpost, as opposed to working my way through connecting and correcting scenes.

I’m deadly scared. And what I’m realizing is, it’s part of it. It’ll never go away.

I’m scared that it’s cheesy; that the characters don’t connect and will end up, as one reviewer stated, “2D” (the other reviewer loved them, but it’s hard to focus on positives).

I’m scared I’ll fail what I set out to do: make a difference, offer a story, share pain and beauty. Fear that I’m suffering without this elusive artistic satisfaction to look forward to.

And the only thing I know how to do is – use that fear. Infuse my work with it. Live it, breathe it, exhale it.

Still writing the play. Not much writing today. Wanted to burn it yesterday. Everything goes wrong.

I’m writing about my sexual history – because I want to see it represented. When I talk to other people, I discover everyone has stories they can’t make sense of, stories they don’t understand. We don’t all get happy endings, we don’t all get romantic comedies. We get dark comedies or no comedies at all. We want to have a summer romance, so we ignore that the handsome Mexican man is a bit of an asshole; we want to be wanted, so we do what they want us to do; we don’t know who we are, so we let others define it; we get awkward, desirous, surprised. We want that pink picture, so we pretend that everything that doesn’t belong in that picture – doesn’t exist. I know this. I lived this.

I want all this in a story – for you. So you know that it’s fine. And believe me, I love romantic comedies, especially if they aren’t too stereotyped. Funny/awkward/messed up stories will always have my attention. I just want to push it more. Sometimes you realise that things are actually dark, and where were you when it started, what were you thinking? Sometimes you’re somebody’s plaything and don’t know until much later. I know this. I lived this. You did, too.

I want to tell the story, it deserves to be told. Happiness doesn’t look the way we expect it to look. I’m with someone now, and it’s not glamorous, or flashy, or anything like that. But that’s fine – I’m not, either. We never saw it coming, and it’s good, because of being ordinary in its weirdness. But that’s a different story, isn’t it? Let me show you how I got here….

Finally, I need to forgive. Wherever you are, you, who hurt me – I forgive you. It was my choice. I got hurt – and yes, in some cases, you should’ve known better. But I grew beyond this, beyond you. It shouldn’t have happened, maybe, but it does, these things do happen – and I will not take away from my own grit, skill, strength and achievement – in living past it. In getting over it.

For the love of words, I just want to write….. 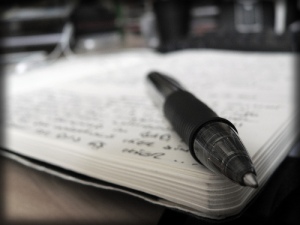 My household is quiet. Both I and my significant other are writing a play.

We’d both decided we need to be selfish, so after breakfast/conversation we don’t even look at each other in passing. I’m locked away in my room, venturing out for coffee.

I feel the need to talk, talk, talk, but don’t have it in my heart to distract him. Hence blog.

It’s a perfect, sunny day. My characters are on a birthday party from hell, living their youth, embarrassment and strange sexual choices. They are flawed, scared, freaked and about halfway through the play.

I need to, like, write another 20 pages. For Tuesday.

I keep writing sex scenes and realizing that every time I push myself further, there is more. There’s further I can go. I can still be more honest, and these characters have more to give. And this is me. This is how I wanted to write, always. I’m finally doing it. It’s really fucking scary.

…. but exhilarating, too. Just like anything sexy carries that element of not knowing what’s gonna happen. I am suspended between ideas, work and deadline, focusing them into output. My friends are amazing, supporting, reading, helping, but in the end there’s only me. Wait for me on the other side – I’m tunneling through my subconscious until further notice…. 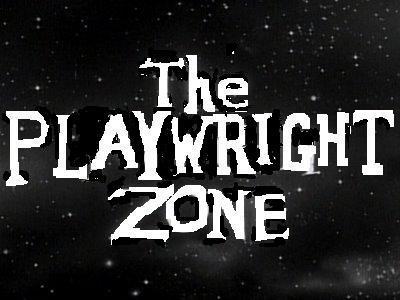 … and not unlike meditation. You have a particular focus, you get distracted, you bring yourself back…. ad infinitum.

Except writing is NOT one focus. It’s divided focus. So many layers, characters, settings.

Suddenly I’m making sandwiches, eating stuff absent-mindedly that I don’t remember eating. Suddenly I have a million google searches, I want to register for Camden Fringe, I want to do everything else when in fact I need to write this play.

But despite that, above all, I am writing. I’m about 15 pages now, completely restructured from 2nd draft (which was 15 pages, total). So I’m either halfway or a bit earlier – a page is 90 seconds, I need about 40 pages ideally. I have some idea what happens in the second half, but I don’t know everything. 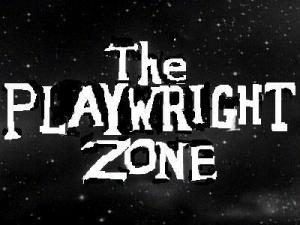 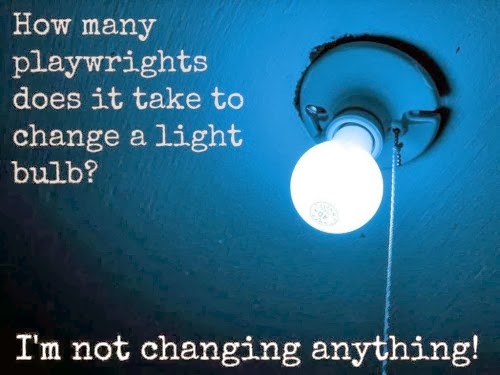 Hello! It’s been a while. Life distracted and wooed me away from words written online. I’ve done my one woman show preview to great feedback, and my play table-read (results here were: great feedback AND third draft deadline).

I am writing it now. #GirlfagThePlay is coming. And the cool thing is, this time I started earlier. This time there is a chance I’ll submit it in a shape I want it in, as opposed to what I had time for. Somehow, I got past the demons of wanting ice-cream, procrastination and writer’s block, and I am IN (touch wood): I am writing. Whew!